If the components in your car have not been functioning correctly, or your battery itself gets faulty, and then you replace it with a new one, you would expect that everything begins to work fine again.

However, it might not be the case. What happens when you turn on your car radio after replacing your battery, and it does not respond? This can be due to some reasons explained in this article, including how to fix it.

Contents show
1 How Does A Car Battery Power A Radio?
2 The radio Won’t Start After Replacing The Car Battery.
2.1 How To Fix A Locked Radio
2.2 Damaged Fuse
2.3 How To Check For A Blown Fuse
2.4 Incorrectly Installed Battery
3 Quick Fixes For An Unresponsive Car Radio
3.1 Pigtail Connector Check
3.2 Head Unit
3.3 Warm Up The Car
3.4 Replace The Car Radio
4 How To Correctly Replace A Car Battery (Step By Step)
4.1 Step 1: Locate And Disconnect The Old Battery
4.2 Step 2: Remove The Old Battery
4.3 Step 3: Clean The Tray And Battery Terminal
4.4 Step 4: Install The Replacement Battery
4.5 Step 5: Start The Car.
5 How To Discard The Old Battery
6 FAQs
6.1 How Long Should A Car Radio Last?
6.2 Do Car Radios Use External Batteries?
6.3 Can Corrosion Affect The Current Supply To The Car Radio?

How Does A Car Battery Power A Radio?

The car stereo is one of the energy-consuming electrical accessories in your car. It can drain the battery even if the engine is not turned on, and the louder the sound, the more power it requires, draining the battery quicker. Using a car radio with the car’s primary battery is recommended when the engine is running because the alternator can charge it simultaneously.

Another alternative is to connect your battery to a standard charger while using the radio while your engine is turned off;  it is best to do this in the garage, driveway, or within your space. Using a standard charger does not work for lithium-ion car batteries.

The radio Won’t Start After Replacing The Car Battery.

Your radio might not start after a battery replacement because the radio is locked, the fuse is blown, or the battery was not installed properly.

How To Fix A Locked Radio

Car radio codes are meant to protect your radio from theft. When the radio is disconnected, it locks out, so the stealer cannot use it. However, as much as this feature is meant to prevent theft or protect the radio, it also causes problems for actual car owners. To fix this radio lock-out issue, pay a local shop or online service for the code or consult the manufacturer’s manual. If your car had a former owner, they might have noted it in the user manual, or you can call a professional to help you with it- this is the more guaranteed way, although it will cost some bucks.

Most car owners jump-start their battery as a first resort when it stops working. Sometimes, a jump start can cause problems for other car components. Jump starting can affect the electricity supply to some appliances in your car,  such as the stereo. Another danger of a jump start not being done properly is the risk of explosion due to the nature of hydrogen gas, which leaks from lead-acid batteries. If the electrical cables were folded backward or wrong at any point, and the radio does not respond, it is most likely completely damaged. Sometimes the fuse blown is not the one in the car radio but the one in the car’s fuse box.

How To Check For A Blown Fuse

A fuse is a short wire designed to prevent a fire due to high power surges. First, you have to disconnect your battery and open the fuse compartment, usually at the back of the stereo. A blown fuse will look melted- replace it with a new one if so.

When replacing the battery, you should check for compatibility and consult your manufacturer’s manual for correct placement procedures. A wrongly installed or incompatible battery would not only affect the radio but other components of the car.

Disconnect and reconnect the pigtail connector. Keep it disconnected for about fifteen minutes, then reconnect and test your radio.

Your car has two power wires, one that stays hot and the other that heats up when you turn on the ignition. If one or both wires are faulty, the radio and other electrical appliances will not work. Replace the power wires if need be.

Ground issues can be another reason your radio won’t work. A poor ground coupled with some other reasons will hinder your radio from working properly, and a disconnected ground alone has the same effect. Use a multimeter on the head unit as a ground on your car’s chassis. If you have carried out the necessary checks and the radio does not turn on, you should consider changing the head unit.

Warm Up The Car

Start the car enough to run its basic functions but not the engine and let it stay on for about ten minutes. This could be effective if your car radio is locked and you cannot recall the code.

This is like a last resort solution, albeit expensive. Replacing a car radio might be the best thing to do if the radio has suffered internal damage.

How To Correctly Replace A Car Battery (Step By Step)

To remove an old battery and install a new one, you need;

Park the car and turn off its engine, then remove the key. Allow the engine to cool for a while because the car will be hot to touch. Most batteries are in the front, under the hood, while some are in the trunk.

Once you have disconnected at both terminals, loosen the bar that clamps the battery to hold it in place, then carefully lift the battery out of its place. Make sure to lift it in an upright position so the acid does it spill.

Using the battery cleaning solution or mixture, clean the terminals by applying some of it and then scrubbing with the wire brush or sponge. Inspect the cables for crack or wear, in case you need to replace it. Also, clean the battery tray with the same cleaning agent you used, scrub and clean it dry. After the battery is dried, apply petroleum jelly or anti-corrosion gel to the terminal to protect them from further rusting.

Start the car and allow it to run for a while to test.

How To Discard The Old Battery

Improper dumping of a car battery is dangerous to the environment. Disposal of your old battery requires some thought; unlike what some people think, a battery is not something you dispose of in the trash or leave in the garage. You have to intentionally dispose of it properly. Depending on your state or city, some communities have recycling or waste centers that collect batteries for proper disposal. You can also sell it to scrap metal shops and junkyards or donate it to those who need it.

How Long Should A Car Radio Last?

A car radio should function properly for half a decade or way more. Depending on the brand and how you use it, some keep going fine for up to a decade.

Do Car Radios Use External Batteries?

Can Corrosion Affect The Current Supply To The Car Radio?

The build-up that forms around corroded terminals can affect the free flow of current, thereby causing hard, slow starts or inadequate supply to the car’s appliances. However, this is not a common reason a car radio would not start. 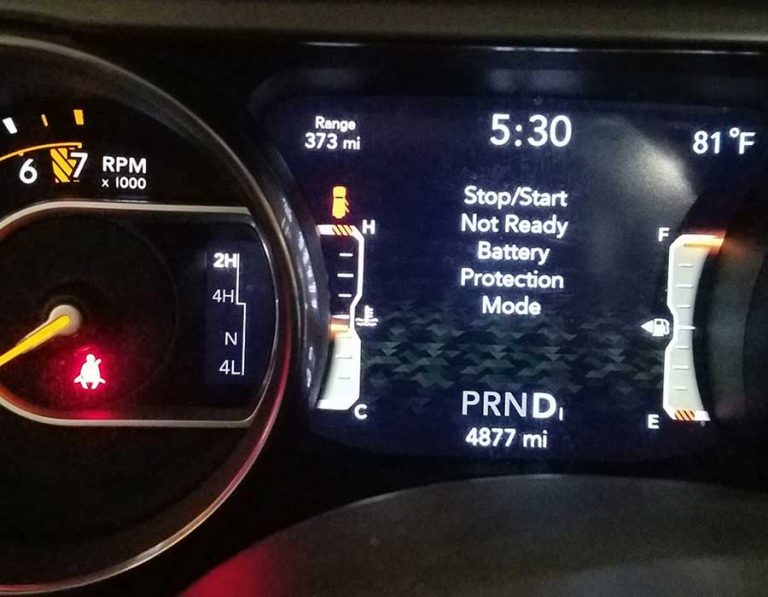 You do not need to disconnect a car battery before charging it with a trickle charger. Gas bills are steady on the increase, making more people consider alternate transportation options. In the same vein, it is not uncommon to leave your car parked for a significant period. But every responsible car owner worries about the… 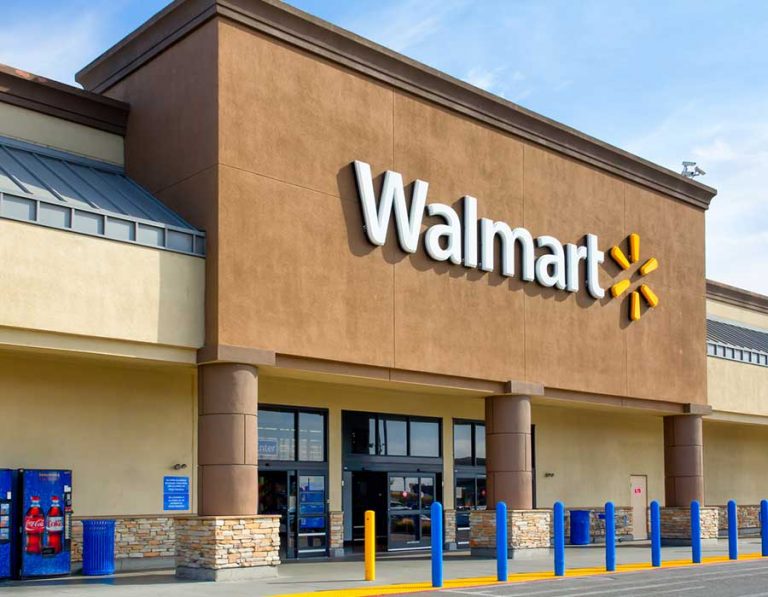 Walmart is an American global retail firm headquartered in Bentonville, Arkansas. Walmart operates a chain of hypermarkets (also known as supercenters), discount department stores, and grocery shops throughout the United States. Walmart sells all kinds of goods and has over 1,000 discount stores in the United States. What is a return policy?  Return policies are… 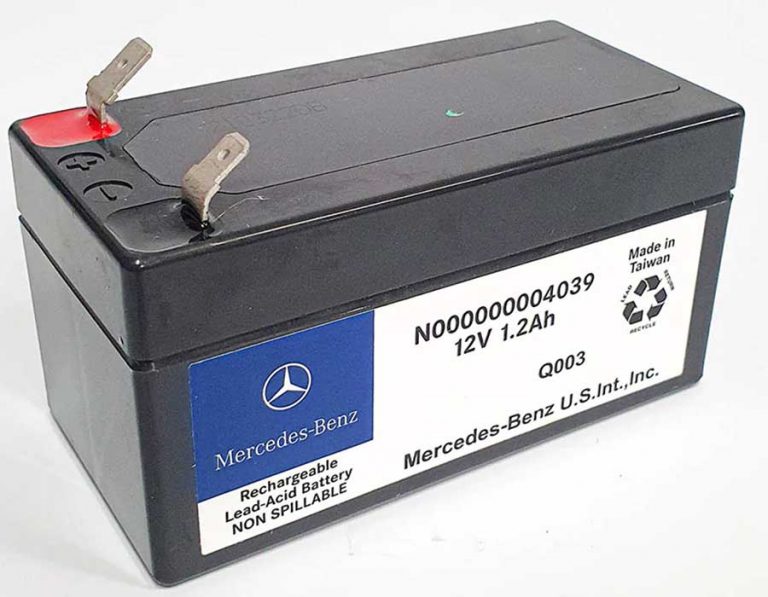 If you own a Mercedes-Benz, you’re lucky enough to drive around in one of the most luxurious cars in the world. But, when it comes to its auxiliary battery, you might find yourself confused in some situations. There are certain questions you must answer and certain procedures you must learn before investing in this luxurious…