Your car audio system has evolved over time from the first Motorola Model 5T71 car radio and basic AM receiver radio to a complex electric appliance; it provides entertainment during car rides and can even connect to external devices via wired and wireless means.

The car battery powers the electrical appliances in the car, including the car audio system. The audio system drains the battery faster, so an alternative battery is used to power it too.

Evolution Of The Car Audio System

The modern car audio we have today is different from the earlier types. As technology advances, more features have been added and modified to car audio systems to make them better and easier to use.

The radio served as the earliest form of innovative electronic entertainment and information before the television and internet. Radios were a standard in homes and shops but were later integrated into another technology- cars.

Before, if you needed to listen to the radio in a car, you could carry one with you in the car, but that was not always convenient; therefore, a more efficient way was applied. In 1930, the Galvin Manufacturing Corporation made the first car radio that could be installed into any vehicle and soon became popular.  This was common for over a decade, and the compact cassette was introduced.

The automotive compact disk player became popular in the ’80s and multi stereo players in the late 80s. Despite these innovations, the cassette player was still ubiquitous. The sound quality in modern cars is better, and it is easier to use.

What Kind Of Batteries Do Car Audio Systems Use?

Factory-installed car batteries already power the stereo and other components of the car. Although an alternative battery is not necessary, if you want to ensure your stereo power is backed up, you should consider one.

You cannot use just any type of battery to power car audio; it has to be compatible with the power demand it requires in terms of wattage and performance.

Here are some battery types suitable for use in car audio:

They are very suitable for power-demanding audio systems. They are lead acid batteries, but the difference is that they use calcium components in their grids instead of antimony on both negative and positive plates. It is resistant to harsh weather and has a relatively long life span but is functional.

These batteries can charge and discharge repeatedly and provide constant power over time. They are built for high-demand vehicles and use many electrical components like car stereos and high amps.

Wet cell batteries are the most common make of car batteries. The electrolyte is made from a mixture of sulfuric acid and water, coupled with the electrodes, casing, and other components to set up the entire battery. This battery requires high maintenance and caution while handling to prevent spills or hazards.

This more modern choice of battery is more efficient and lightweight than the other types. Depending on the make and quality, they can take many charge cycles up to one thousand or more. They are more expensive but a good buy delivering more constant voltage and a lower discharge rate. They need a particular charger to boost charge, as it is a rechargeable battery.

This battery is fully known as Enhanced Flooded Battery or Advanced Flooded Batteries. They have low internal resistance and take longer to charge and discharge (twice as long as other battery types). They are more efficient for automatic start-stop systems but are not recommended for high power needs.

Absorbent Glass Mat batteries use a spill-proof technology, meaning it does not use electrolytes in liquid form. They are low maintenance, high delivery batteries. AGM batteries use a technology whereby the plates (negative and positive) are separated by glass mats that hold and pack the acid from moving freely. The components of an AGM are tightly packed and compressed within the battery case. The electrolyte is in paste or gel form, so there is no concern for spills.

A car audio system requires a second battery, especially if it is running for a more extended period or if the electrical requirement of the system is more than the alternator is fit for.

Steps For Installing A Second Battery On Your Car Audio

For the second battery installation, you need the following tools;

The steps for installing the second battery are as follows;

In smaller cars, the area around the engine is most recommended. Some mechanics advise that the second battery be installed in the trunk because it is spacious and a good spot if you will be powering a subwoofer.

Step 2: Mount In The Battery Tray

Ensure that the battery tray matches the size of the battery. Screw the plate onto the spot, likely the floor of the trunk. Carefully drill a hole to pass the cables through, avoiding other parts of the trunk.

To enable the second battery to be charged by the car engine and not used as a starter battery, you need to install a battery isolator or split relay device. Strip some part of the alternator wire using the crimping tool, then connect the naked end to the isolator terminals on the side. It prevents your battery from getting drained by the stereo when the car is not running.

Step 5: Connect The Alternator To The Central Terminal Of The Isolator

An extra gauge wire connects the alternator to the split charge relay central terminal. After that, connect the isolator’s third terminal to a long wire that will route to the auxiliary battery.

Step 6: Connect The Long Wire To The Second Battery

Connect the wire to the second battery through the positive terminal. Connect the terminal to the electrical connector of the device to power the radio or subwoofer.

Step 7: Secure The Wires And Reconnect The Cables.

Benefits Of Using A Secondary Battery

Extra Accessories For The Audio Battery

You need high-quality accessories to complement the audio system to work correctly. The accessories include;

Copper or gold terminals are resistant to corrosion and, in turn, voltage dropping. Do not use old lead acid batteries’ terminals; use clamps with many connection points.

What Size Of The Battery Can I Use For Car Audio?

Depending on the supply required by your amplifier, the sizing of the secondary battery can be determined. In general, you need a 100Ah battery for every 1,000 watts RMS of the sound system.

Can You Use A Regular Battery To Power Car Audio?

You can use any suitable automotive battery to power your car’s audio. The only difference is that it is dedicated to powering the audio system only rather than all parts. However, AGM batteries are the best or recommended choice for powering your car’s audio system. AGM batteries provide the capacity for high power demands and can go through many charge and discharge cycles without any risk of significant damage. They are also easy to maintain and handle. Another good choice is the lithium-ion battery which is light and durable.

Automobiles rely heavily on their batteries. A car battery is the car component that every engine depends on for power. They store temporary energy that can be used to facilitate functions like turning on your headlights and door lights, using the radio, honking, and pushing the car in some cases.  Every day, people wonder how… 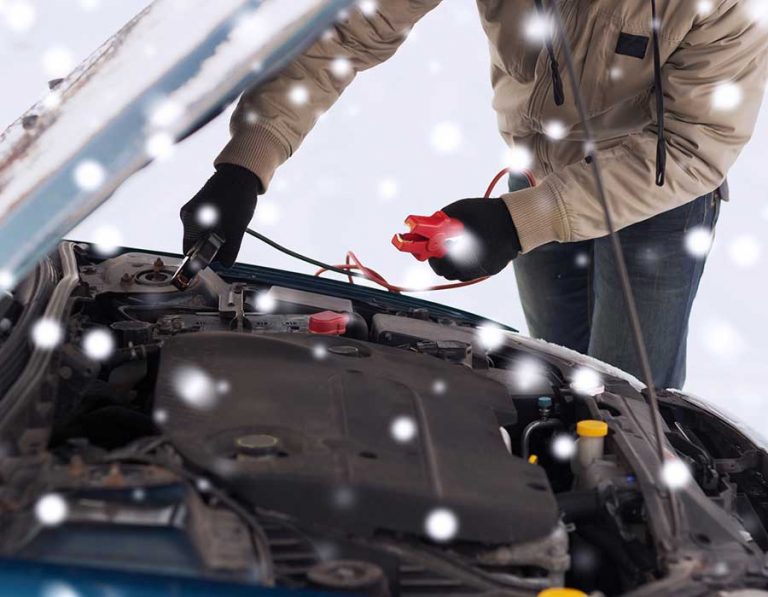 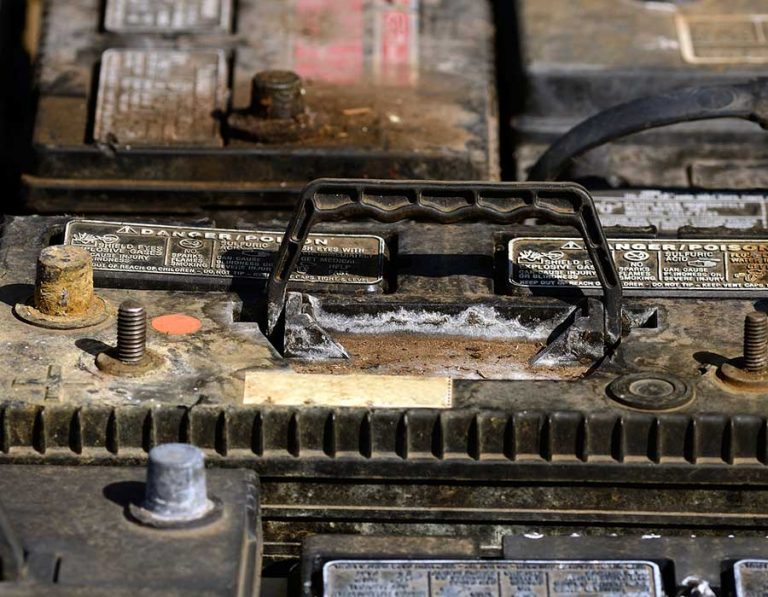 A car battery becomes corroded when it comes in contact with liquid or chemical substances. Liquid substances cause battery terminals to rust with time, and when they become rusted, it prevents effective power transmission from the battery to the car starter. It can also make the engine of the car jerk and affect the car’s…