Like almost any other thing, car batteries have an expiry date when they become quite useless and ready to be disposed of. However, you cannot dispose of a car battery like a piece of candy or a wrapper, so what is the appropriate way to do away with an old battery?

Contents show
1 Is The Ocean a Good Place to Throw a Car Battery?
2 What Happens If a Battery is Thrown into the Ocean?
3 Is It Legal to Throw Car Batteries in the Ocean?
4 Why Do People Dump Batteries in the Ocean?
5 What Are the Laws Regarding Battery Disposal in the U.S.?
6 What is Call2Recycle?
7 What is the US Mercury-Containing and Rechargeable Battery Act?
8 Proper Ways to Dispose of A Battery
9 Can old batteries be trashed?

Is The Ocean a Good Place to Throw a Car Battery?

The ocean is a habitat, just like the land is to us humans, so throwing batteries in them is not a good idea. Also, the components of a battery, such as acid, will mess up the ocean’s composition. The ocean is an essential part of our ecosystem, a source of food for us, a place for relaxation, and a factor that greatly affects life on earth; therefore, we should avoid tampering with its natural state. There are better ways to get rid of car batteries which you will learn as you read on.

What Happens If a Battery is Thrown into the Ocean?

The things that make up a car battery are harmful to the environment, and this does not exclude water bodies. Here are the negative effects of throwing batteries in the ocean:

The contents of a car battery include lead which is a poisonous element. This will leak into the ocean and cause a threat to aquatic life. It could cause mutation in marine animals and make the water unsafe for them to live in. If there is an accumulation of lead in the ocean, it makes it unsafe for our leisure too. As a ripple effect, consuming seafood from affected oceans can cause lead poisoning in humans. So, polluting the ocean is detrimental not only to aquatic life but to us as humans also. Lead poisoning has been discovered to cause learning and behavioral problems in children.

Batteries take very long to decompose, so they can take up space in the ocean making less oxygen flow for aquatic life. Also, dirt and grease begin to accumulate, making the water body stink and unfit to use. Oceans can serve as a relaxing area and a contributor to a location’s revenue when people pay to relax, swim, ski, and so on, but no one would want to do all that in a polluted ocean. Throwing a battery in the ocean might seem like a harmless action, especially if it is just one, but the ripple effect will be felt in the economy too.

Defects, mutations, and unhealthiness of aquatic animals have been linked to chemicals that pollute their habitat- the ocean. Batteries contain acid, lead, and some other toxic components that are harmful to living things in general. Dumping them in the ocean will cause the production of weaker species, deformed offspring of sea animals, and even extinction from the affected ocean. Some of these animals may decide to migrate to a safer water body and not be found in that area anymore.

Is It Legal to Throw Car Batteries in the Ocean?

It is illegal to dispose of car batteries in the ocean. This is because it negatively impacts aquatic life, pollutes the environment, and renders the ocean toxic. In the USA, some laws regard the recycling of batteries instead of incorrect disposal.

Why Do People Dump Batteries in the Ocean?

Most people may do this out of ignorance, treating an old battery like just another piece of trash. They might also think it is safer than dumping it in the trash, and since the ocean is not a habitat for humans, it is a better alternative and far away from the vicinity. However, these reasons are wrong because even if the ocean is not our primary habitat, it is an important part of our ecosystem and a source of food (fish, shrimp, crab). It is also a means of transportation, so if ocean dumping was normalized, everyone would do it, and it could tamper with journey routes.

What Are the Laws Regarding Battery Disposal in the U.S.?

In California, the law requires that every battery owner recycles their batteries. There are designated areas that collect batteries for disposal and recycling in this state.

Call2Recycle is a consumer battery recycling and stewardship program in the United States. They are a public service NGO administered by the RBRC, which is the Rechargeable Battery Recycling Corporation.

What is the US Mercury-Containing and Rechargeable Battery Act?

This act was signed into law by Bill Clinton on May 13, 1996. The law was established to reduce the use of mercury in batteries and ensure a proper collection, recycling, and disposal of old nickel-cadmium batteries, small sealed lead-acid batteries, and other types of batteries. Violation of this act attracts a civil penalty in the form of a fine.

Proper Ways to Dispose of A Battery

Instead of throwing them in the ocean, you can dispose your batteries in proper ways, such as:

Some automotive stores encourage customers to return their old batteries and even reward them for it. Stores such as Walmart, O’Reilly, and Autozone collect old batteries from customers for recycling. In exchange for the return, customers receive a refund on the battery core charge in the form of cash, credit, or discount on the next purchase.

You can sell battery scraps to scrap yards, metal recycling centers, and auto repair shops. Most of them charge the batteries per pound of lead. A car battery contains about 20 pounds of lead, so if the rate per pound is 0.33 cents, then you sell the battery for $6.60.

Some states have special centers where you can dispose of your battery. Just find one closest to you and submit your battery. The batteries submitted will be gathered and properly disposed of (or recycled) at the appropriate quarters.

Can old batteries be trashed?

Most batteries are unsafe to keep in your regular trash can. So it is best to submit them for recycling. Trashing them can lead to land pollution, lead poisoning, acid spills, explosions, and other hazards. It can also endanger animals and pets in the environment. 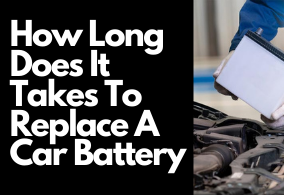 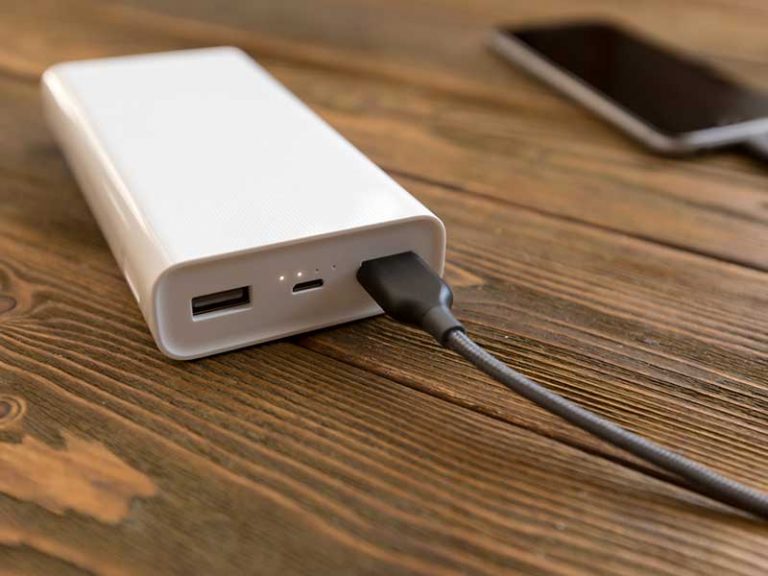 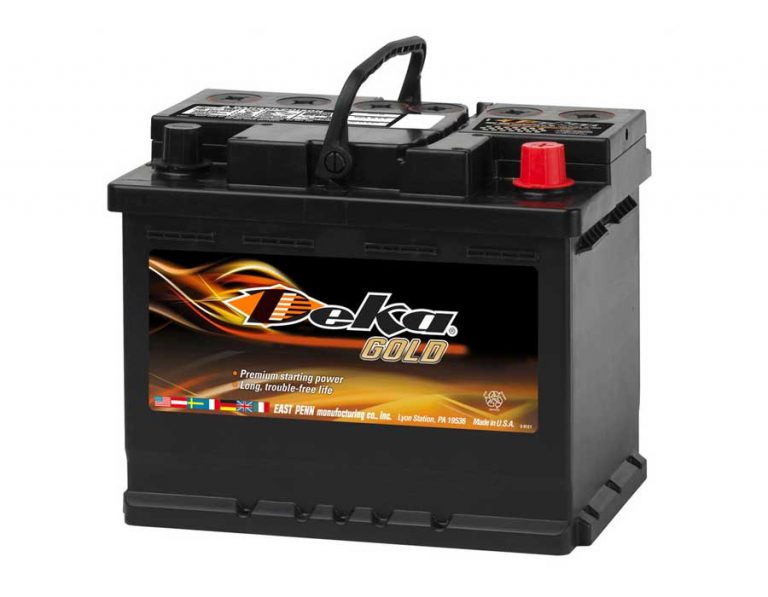 Deka batteries are known for their high efficiency, versatility, and satisfactory performance. They have a wide variety of batteries designed to fit the needs of each engine it caters to. Each Deka battery is critically made to meet the quality standard. They have an impressive life cycle as they maintain a charge even after discharging…

All car batteries contain water to help generate electricity for the car through the electrolyte solution (mixture of water and acid). However, the type of car battery you have will determine if you need to add more water to them over time. Read on to find out what type of battery you have and why… 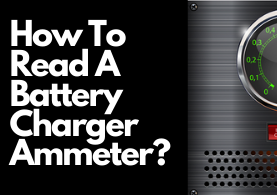 Ammeters are called ampere meters or amperage meters, which measure the power of an electrical current or amperage. Thus, these meters essentially measure the battery current of the electrical circuit, functioning as flow meters under normal circumstances. The alternator output is measured through the heavy gauge wire that runs beneath the dashboard. Ammeters also measure… 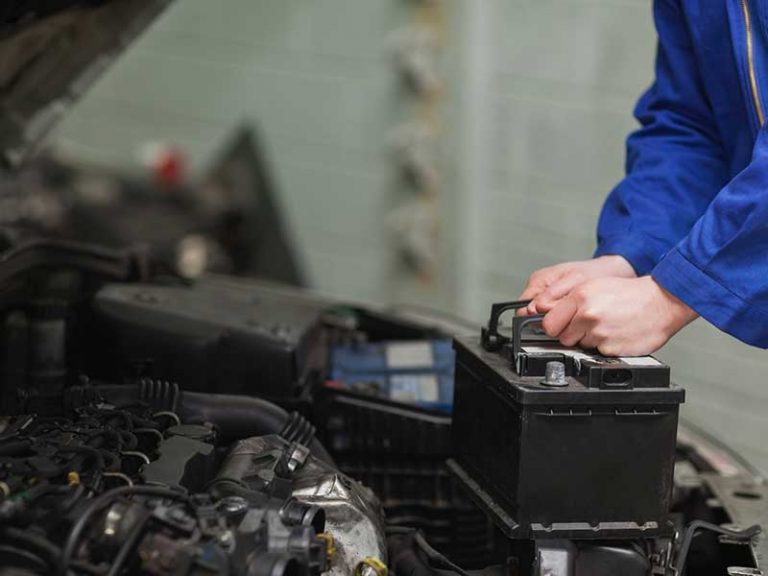 Battery acid spills are hazardous and can cause serious harm to the skin, clothes, and other equipment. Suppose the battery is leaking or you happen to spill some battery acid on your car; what effect does this spill have on your car paint, and how do you deal with this spill? Continue reading to find…